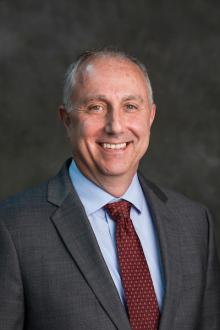 Paul's career spans more than 20 years of work with university faculty on the uses of computing technology in teaching and research. He has hands-on experience as an educational software developer and had been a leader in the collaborative development of enterprise educational systems and services. Between 1993 and 1995, he served as the founding director of the University of Virginia's Social Sciences Data Center and GIS Lab.  From 1995 through 2007, as the founding Director of the Instructional Computing Group in Harvard's Faculty and Arts and Sciences, he played a key role in the emergence of Web and digital video technology across Harvard’s undergraduate curriculum. He assumed a university-wide role at Harvard in 2007 as the director of "iCommons," the academic computing group of Harvard's central administration charged with providing shared software and academic IT services to all of Harvard's schools. In that role he was instrumental in forging university-wide collaboration and programs for information sharing across Harvard's highly decentralized environment. As Executive Director of Academic Technology Services at the University of Chicago between 2012 and 2014, Paul oversaw enterprise educational platforms, classroom technologies and AV support, video production, and faculty consulting. He played a leading role in launching the university’s online learning initiative and rebuilt the academic computing unit within IT Services.

Paul holds an MA in History from the University of New Hampshire, where he wrote about work and family patterns among immigrants in a small New England mill town.