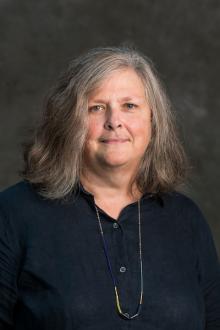 Charlotte is responsible for administration, planning and policy development of all shared, enterprise-wide library technology systems. During Charlotte’s over twenty year tenure at Tufts, she has introduced automated management of interlibrary and document delivery; transformed access to library resources by integrating better management of expanding electronic resource collections; and implemented next generation options for discovery of Tufts collections within and beyond the libraries. Charlotte has led two major efforts to modernize the central library management system, replacing Tufts’s original 1986 integrated library system in 2004, and implementation in 2017 of Ex Libris' Alma and Primo (JumboSearch). Charlotte’s team also manages web development and support for the Tufts libraries. Library Technology Services staff work closely with library directors and staff on a wide variety of service implementations, as well as with TTS staff on integrations of library services with other technologies on campus.

Charlotte has a Masters of Library Science from Indiana University, and a BFA in painting from Parsons School of Design in New York, NY. Before coming to Tufts in 1997, Charlotte worked at the Swain Hall Library (Astronomy, Computer Sciences, Mathematics & Physics) at Indiana University, and Brandeis University, where she was Systems Librarian. She came to Tufts as Head of Systems, Tisch Library, and was named Assistant Director for IT of Tisch Library shortly thereafter. She has been Director of Library Technology at Tufts since 2001, as part of the Provost’s staff, and merged her department into TTS in 2014.